Why is my converted clothing breaking when I pose it?

There are two main reasons that converted clothing items break when you try to pose them:

Sometimes, when you convert a clothing with the CrossDresser, it will conform to the target figure nicely, until you try to pose the figure. Then, you may get some areas of the clothing which "break" such as in the picture below. This occurs most often on the forearms of clothing. 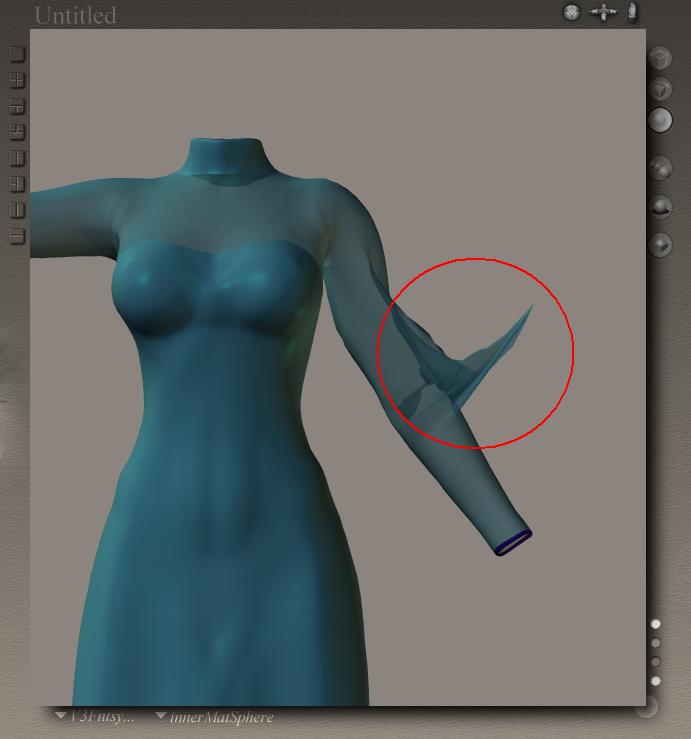 This kind of issue means that the falloff zones for the joints are not quite right for that particular clothing. It's very tricky to make general cr2 files that will work for the majority of clothing, so there will always be some clothing that will need falloff zone fixes. Fixing this usually doesn't require more than a slight tweaking of the falloff zones.

You can edit the falloff zones for a joint by opening the Joint Editor window, which is under the Windows menu in Poser. 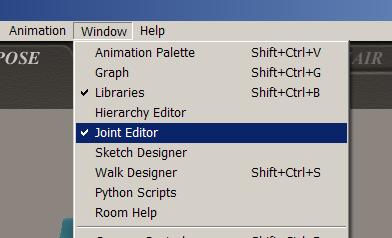 Once you have the joint editor open, you should select the bone which caused the problem when you posed it. For example, in the picture above, bending the left shoulder caused the issue. Then, you should select the problem rotation direction in the white dropdown box ("Bend" in this particular instance). In the main Poser window, you should see two oval shapes appear. These are the inner (green) and outer (red) influence spheres for that joint and rotation direction. 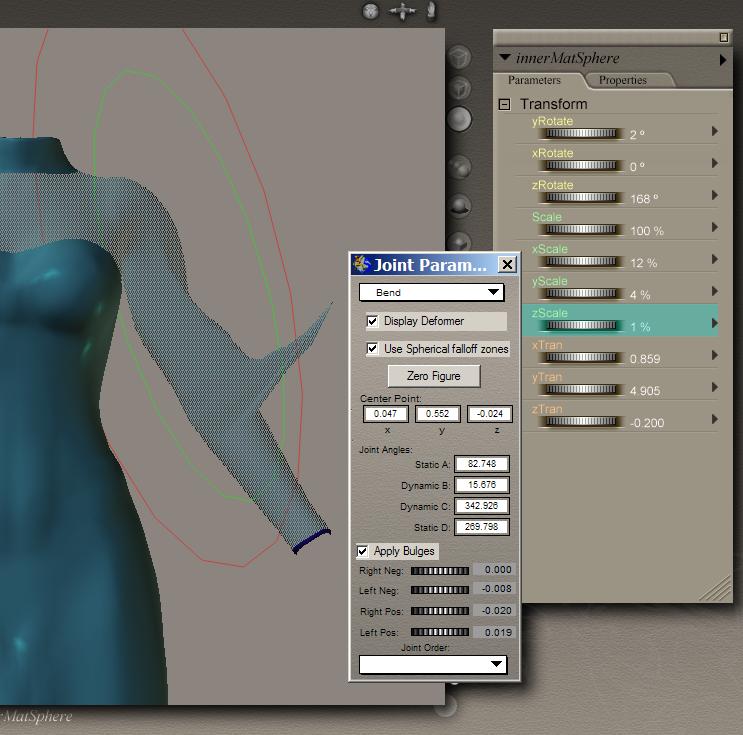 Select the green sphere (it can be tricky to select sometimes), and the parameter window should now show the parameters for the innerMatSphere. Now, you can fix the joint problems. For this dress, increasing the z-scale for the innerMatSphere from 1 to 2 fixes the problem (as seen below). Slight scaling fixes like this are usually enough to fix such posing issues. If no amount of tweaking works, then another option is to turn off the falloff zones completely by unchecking the "Use spherical falloff zones" checkbox in the Joint Editor. 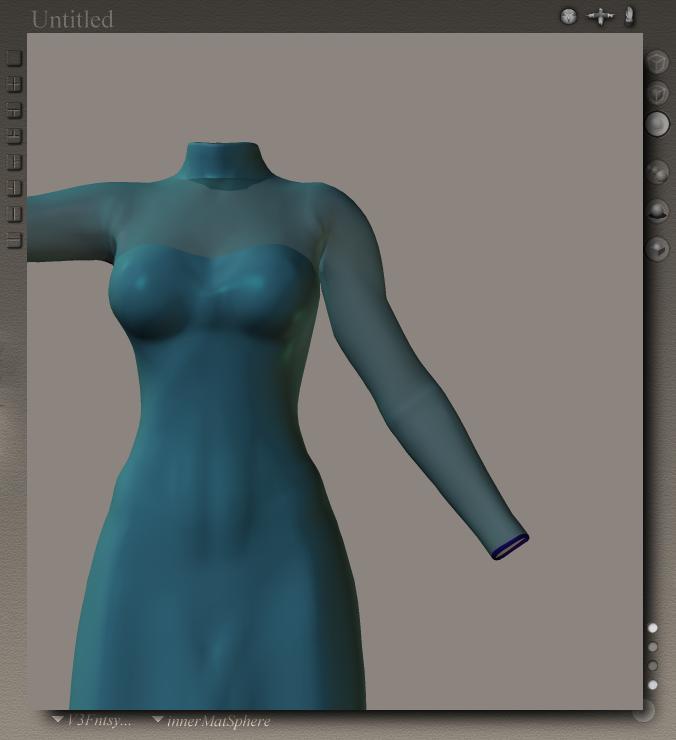 If a converted clothing breaks like it's been cut with a scissors when you try to pose it, then the likely cause of this is that the clothing was regrouped badly by the CrossDresser. The CrossDresser tries to make the groupings as accurate as possible, but this can fail for some clothings and/or figures. Apollo is particularily vulnerable to this problem in the armpit area, since his arms are so close to his body. 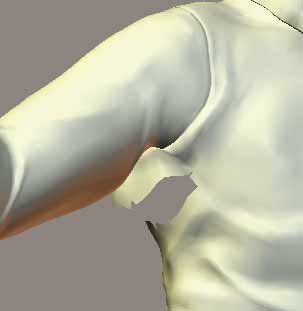 To fix this, first go to the Setup room in Poser and click on the Grouping tool in the Editing Tools palette.

This will bring up the Group Editor panel, as shown below. You can use the arrow buttons near the top to show how the clothing is grouped.

The key to a properly grouped clothing is that groups should only touch other groups if their bones are directly connected. Thus, for Apollo, the chest should touch the collar bones, but not the shoulders, or upper arms. As you can see in the image below, when the M2 default shirt is converted to Apollo, all of these groups are touching under the armpit due to the bad grouping. 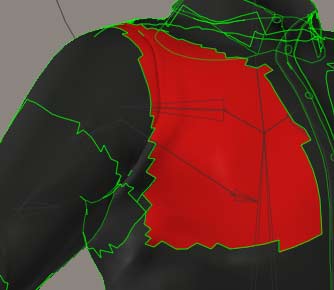 To fix this, first use the Grouping Editor arrow keys to scroll to the Right Collar group, so that it is highlighted as shown above. Then select polygons (by clicking on them individually, or by clicking and dragging around groups of them) so that the Right Collar group continues under the armpit and connects to itself in the back, as shown below. This ensures that the chest group is separated from the shoulder and upper arm groups. 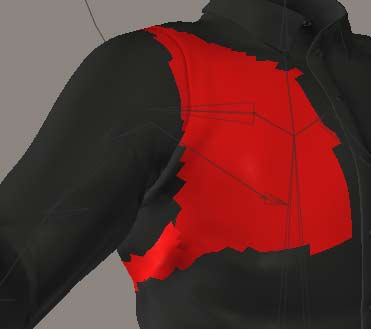 Next, use the Grouping Editor arrow keys to scroll to the Right Shoulder group, and select polygons again so that the shoulder group continues under the armpit and separates the collar group from the upper arm group. Then, repeat the above steps for the left side. 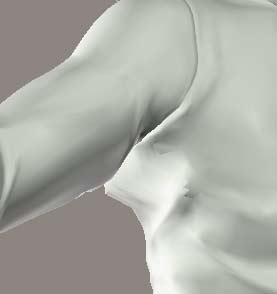 As you can see, the clothing no longer rips, but it may need some additional joint parameter tweaking to pose perfectly.